Panels Members in discussion at ‘Battle of Ideas’ © Lizzie Bailes

Lizzie Bailes reports on the ‘Battle of Ideas’, another of the Imagine Festival 2014 events hosted by the Transport Systems Catapult (TSC). This panel discussion considered how MK commuters could benefit from intelligent mobility. There were some thought-provoking predictions about the future of travel, which overlap with the smart city thinking behind the MK:Smart Motion Map. 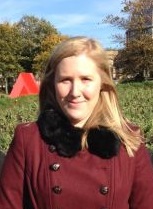 The Milton Keynes-based TSC is home to the UK’s first Imovation centre, combining Innovation and Intelligent Mobility. The theme of the event was ‘Back to the Future of Transport’, in particular: ‘What happened to our ambitions for the future as imagined by the sixties generation: the jet-pack, the flying car, the monorail?’

Lizzie Bailes, of Community Action: MK, who is organising the series of ideas workshops for the MK:Smart Citizen Lab, was interested in the ‘Battle of Ideas’ debate from a citizen’s point of view.

The ‘battle’ was a panel discussion with each speaker giving a 5-10 minute talk, broadening the conversation amongst themselves and then asking the audience for comments and questions… It was attended by engineers, academics and transport experts from all over the country.

On arrival we were encouraged to record our journey to the venue in the Commonplace app, a flagship demonstrator supported by the TSC. This app records and then visualises the journeys taken, along with thoughts on how easy or difficult the journey was. Combining this with Twitter sentiment then shows a timeline of journeys and attitudes across the transport network.

Another item of interest was a video presented by Kuldeep Gharatya, from London Underground, showing how apps can help commuters. The app informed the user about delays and offered alternative routes, using voice simulation.

The commuter experience is also at the heart of the MK:Smart Motion Map – a product under development in the MK:Smart Transport workstream.  This will help Milton Keynes commuters make better-informed travel decisions, estimate congestion and describe the real-time movements of people and vehicles throughout the city.

It was great to hear that the spirit of innovation and future thinking has not dimmed over time. The panel members certainly painted a rich picture of the potential developments we may see in years to come. Dan Lewis from the IoD (The Institute of Directors) shared a vision of personal autonomous aircraft – One can only wonder if the idea will become reality!

Panel members at “Battle of Ideas: Back to the Future of Transport”

MK:Smart have attended a number of events as part of the TSC’s Imagine Festival (#imaginefestival2014)  and we look forward to engaging with the Transport Systems Catapult in the near future over our respective innovative technologies.