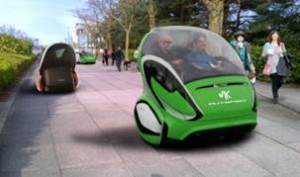 Autonomous vehicles are coming to MK. How will they affect the transport network?

The smart city project appears in an academic article on the future of transport.

The Conversation’s website is an independent source of news and views for the general public, sourced from the academic and research community. This morning Open University’s Emeritus Professor Stephen Potter, who works on the Transport element of MK:Smart, published an article on the site entitled “Driverless public transport will change our approach to city planning – and living”. In the piece Stephen considers the expected impact of autonomous vehicles, which are soon to be seen in MK, including the potential knock on affect for the taxi industry. Professor Potter also mentions the Milton Keynes Future Cities Programme, which both MK:Smart and the driverless cars project are a part of.