On 3rd October MK:Smart was mentioned in the Dutch version of the Financial Times.

The article describes Milton Keynes as a successful new town which is expected to grow to 300,000 in the next decade. Here are some key excerpts (translated via Google translate): 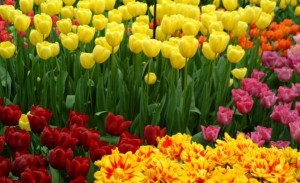 “[…] last year, MK Smart started a project that has run for three years with a budget of £16 million, which now has thirteen partners, including telecoms company BT, energy company E.ON and Anglian Water…”

“Cars that drive around without a driver and bins which indicate when they are full. Milton Keynes is preparing for the future. People who love cute little Victorian houses, should not come to Milton Keynes. Everything is new in this English city, located 90 kilometres north west of London. Almost fifty years ago, Milton Keynes was built from the ground up on land between local villages. The goal was to reduce the pressure on London by providing a well-connected residential and commercial alternative.”

“There is no British city with this number of jobs in percentage terms. There aren’t as many new businesses created in any English town outside London. But success also has a downside. In the sprawling city car use is high and the roads are becoming gradually more congested. Since there is pressure on budgets for public services, the city is looking for solutions that they can offer more with less.

Meanwhile, there are trials under way in Milton Keynes with driverless cars. In the centre, populated by offices and shops, the road network has been built on the American model: in straight horizontal and vertical routes. That makes the city ideal for transport experiments: a road can be closed without traffic jams. The driverless vehicles are not the only innovation. Waste bins are fitted with sensors that indicate the need for waste collection when they are full. What’s more, there is also an app being trailed which helps motorists find a parking spot.

Milton Keynes also has ambitious climate targets: CO2 emissions per resident must be 40% lower in 2020 than in 2005.”