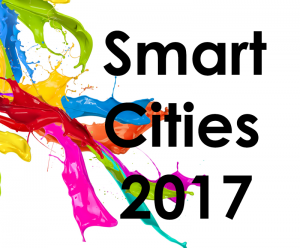 The Smart Cities UK Awards recognise the very best examples of smart city transformation across the UK so MK:Smart was especially proud to have won in two categories, with the CAPE project, an initiative closely associated with MK:Smart, also winning an award at this year’s ceremony, held in London last week.

The winning categories were:

Communications – where a collaboration between Community Action: MK, The Open University and Graymatter—called Our MK—demonstrated its dedication to involving citizens in the creation of a smart city.

One such Our MK activity is an online platform that crowd sources citizens’ ideas about sustainability issues in their local community, with the opportunity for citizens to lead action on these issues by applying for financial funding and any technical, commercial or community support needed to make their project a success. 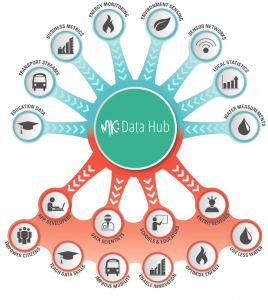 Data – where the MK Data Hub shone as an example of how data has been used to deliver a solution, conduct research and support the city’s development.

The MK Data Hub is now well known as a data sharing portal that provides public access to a wide variety of Milton Keynes datasets. It was created by MK:Smart to inform smart planning and sustainable use of resources across the city and to support its continued growth.

Built by The Open University’s Knowledge Media Institute in partnership with BT, Milton Keynes Council and the University of Bedfordshire, the MK Data Hub has previously won awards for its Business IT Innovation, Virtualisation and Disaster Recovery, and Storage Solution for Data Protection.

e the CAPE project was shown to improve the standard of living for homeowners and to support low cost living.

The CAPE project has delivered the UK’s first community-based website, which puts the power of urban data analytics in the hands of Milton Keynes citizens to give them greater control over the energy they use.

Held at Chelsea Football Club, the conference attracted StartUps and SMEs from a variety of sectors including clean technology, mobile applications and enterprise software, and gave them the opportunity to utilise synergies between the speakers and delegates.

The Smart City UK 2017 Awards are supported by highly regarded bodies such as TechUK and The Institution of Engineering and Technology (IET). To find out more, go to www.smartcityuk.com