1st of June 2017, The Chrysalis Theatre, Milton Keynes
A celebration of citizen innovation and launch of a new crowdfunding platform in Milton Keynes. Free event for all the community.

7th March 2017, UCMK, Milton Keynes
The MK:Smart project is holding an informative event targeting technology SME’s and Start-Ups (including start-ups from current students and graduates) to provide them with options to secure funding when the project finishes.

25th February 2017, UCMK, Milton Keynes
Exploring the past, present and future for sustainability and energy in Milton Keynes with MK Community Energy Alliance.

16 & 17 November 2016
A series of Internet of Things (IoT) developer workshops on the Thingworx platform—a tool for developing smart, connected applications that’s suitable for all business types, including those who don’t have a technical background.

5 & 6 October 2016
A series of Internet of Things (IoT) developer workshops on the Thingworx platform—a tool for developing smart, connected applications that’s suitable for all business types, including those who don’t have a technical background.

September 2016, TBA
MK:Smart has teamed up with Fronesys to delver an Urban Startup Lab that will bring entrepreneurs together to create new products and services in a Smart Cities context. This programme of workshops will be valuable to anyone who wants to better understand and influence how technology transforms business and society in an urban context. Contact us to find out more.

21 & 22 September 2016
A series of Internet of Things (IoT) developer workshops on the Thingworx platform—a tool for developing smart, connected applications that’s suitable for all business types, including those who don’t have a technical background.

Milton Keynes International Festival 2016, 15-24 July 2016
Exploring the interaction between technology, culture and society, artists Wesley Goatley and Geogina Voss have created Ground Resistance – two installations which focus on the concept of the ‘smart city’ and how Milton Keynes appears through the data that it generates.

4th July 2016
A free online course, devilvered by The Open University, that introduces learners to smart cities, exploring the role of technology and data in approaching city challenges. There are two further presentations of this course planned beyond July 2016.

The Public Launch of the MK Data Hub

15th June 2016, 6pm – 8pm at UCMK, 502 Avebury Boulevard, Milton Keynes
The MK Data Hub is Milton Keynes’ citywide infrastructure for exchanging and creating things with data. It was developed by the MK:Smart project to support local enterprises in creating data-led services and products.
We are delighted to announce that it is now being released to the public, so every company and developer with an interest in Milton Keynes can benefit.
Please join us at the launch to explore what the MK Data Hub and the wider MK:Smart project can do for you. More information

6th-9th June 2016, Boston MA
At LiveWorx 2016, a PTC customer panel shed light on why they are pursuing IoT. Here’s four field lessons culled from their stories – along with the issues Internet of Things projects must face. More information

12th – 13th April 2016, London Excel
Smart IoT London have put together a showcase to demonstrate some of the most progressive and exciting IoT programmes developed for the urban environment, and to educate the delegates on how intelligent technologies and applications will benefit citizens, businesses, policy makers and planners.
This is a two-day, education-led conference developed in collaboration with Innovate UK, the Digital Catapult, the KTN and leading Academics. The event will be attended by local authorities, urban planners, public/private sector service providers, technology providers, enterprise, and the investment community. More information

15th December 2015, UCMK, Milton Keynes
Developers and small businesses have been invited to the second phase of this course to help support their start-up. This event is associated with the Enterprise and Education elements of MK:Smart.

17th November 2015, Barcelona
As part of the UKTI’s (UK Trade and Investment) presence at this major event, Alan Fletcher, MK:Smart Chief Project Liaison Officer and members of MK Council have been invited to represent the MK Future City Programme.

3rd November 2015, Vienna, Austria
Our Project Director, Enrico Motta discussed Smart Cities at this international conference which included over 500 utility representatives from across the continent.

21st October 2015, East London
Our Project Director, Enrico Motta and Geoff Snelson, Director for Strategy at Milton Keynes Council, took part in a panel who discussed the issue of “Closing the gap between theory and implementation”.

20th October 2015, Milton Keynes Academy, Milton Keynes
The aim of this session is to develop the idea of a water reduction programme in schools, into a project that could apply for funding. Read more about the competition…

20th October 2015, UCMK, Milton Keynes
This invitation-only event was a celebratory launch of the first phase of the MK Data Hub. The evening included a series of short talks and a showcase of MK:Smart’s innovative work.

23rd September 2015, Transport Systems Catapult, Milton Keynes
Ourmk.org was launched as a platform for all people living in Milton Keynes who want to have their say in shaping the future of our city. Individual citizens as well as existing groups can share their ideas through the website and apply for up to £5K funding to run projects beneficial for the city’s transport, energy, water, health and environment.

29th July 2015, Community Action: MK, Acorn House, 351 Midsummer Boulevard , MK9 3HP, Milton Keynes
Have you got a great idea for our city? Want up to £5k to get your project off the ground? Why not apply for the Our MK Competition…

22nd July 2015, Community Action: MK, Acorn House, 351 Midsummer Boulevard , MK9 3HP, Milton Keynes
Have you got a great idea for our city? Want up to £5k to get your project off the ground? Why not apply for the Our MK Competition…

26th June 2015, University Campus, Milton Keynes
The latest collaboration between the Open University and Fronesys, as part of the MK:Smart programme, has produced a one day course geared toward start-ups with an interest in learning about how to exploit commercial opportunities around urban data. The course also covers the use of modern entrepreneurship tools to drive the creation and growth of new technology businesses.

24th June 2015, Stadium:MK, Milton Keynes Stadium Way
MKEX is a technology exhibition that provides you with an opportunity to find about new technology and innovations. We will be hosting technology businesses and speakers from a wide area to share their inspirations and ideas.

10th June 2015, University Campus, Milton Keynes
As part of the continuing Business Engagement, UCMK hosted an event lead by Professor Ram Ramanthan who has been looking at “Big Data in Logistics” (BDLog) to investigate the impact of data and business analytics on the performance of logistics firms in the UK.

11th June 2015, The Buszy, 401 Elder Gate Central Milton Keynes
MK Geek Night is a FREE Milton Keynes based meet up for people to meet up over a few beers and chat about web design, development, UX, technology, creative stuff, photography and general geekery. Alan Fletcher from MK:Smart will be speaking.

28th – 29th April 2015, Waldorf Hilton, London
Geoff Snelson from MK Council will be speaking. This year’s agenda will reflect the variety within the Smart Cities ecosystem; from Urban IoT enabled applications and services such as smart parking, mobility, energy, health, safety and security, to city governance, sustainable cities and finance/funding among other topics.

5th February 2015, UCMK, Milton Keynes
Students, local businesses and Milton Keynes Council are all invited to this ‘Ask the experts’ event which will focus on The Internet of Things.

9th September 2014, Brno, Czech Republic
ICTPI 2014 will be devoted to opportunities, challenges, and policies related to capacity building in emerging technology regions. The conference is being organised by Masaryk University Technology Transfer Office with further regional and institutional partners from the South Moravian Region.

3rd September 2014, The University of Oxford, Oxford
Behave 2014 is the third European conference on behaviour and energy efficiency. This year’s theme is ‘Paradigm Shift: From Energy Efficiency to Energy Reduction through Social Change’ and will explore how energy efficiency can be achieved through social behavioural change.

11th August 2014, Transport Systems Catapult Ltd, Milton Keynes
In this workshop we will identify current transport issues in MK, understand the challenges for the future of transport in our city and invite you to be a part of creating solutions. We are hosting this Citizen Lab event to draw out issues and solutions for how can create successful pilot projects to test new ideas.

How can the UK innovate for the world’s cities?

18th July 2014, The Well at Willen, Milton Keynes
A workshop to explore ideas for sustainable water initiatives in Milton Keynes. In this workshop we heard from water scientists from HR Wallingford to identify current water issues, understand the challenges for the future of water use in MK and invite you to be a part of creating solutions.

25th June 2014, UCMK, Milton Keynes
The Satellite Applications Catapult and UCMK jointly held an MK:Smart event inviting everyone curious about the space industry and its applications. We heard from experts and space start-ups and there were a number of demonstration areas to showcase real uses of space applications and technologies.

Westmnister eForum – Smart cities: innovation, infrastructure and the opportunity for the UK

12th June 2014, Glaziers Hall, London
The Westminster eForum aims to provide the premier environment for policymakers in Parliament, Whitehall and regulatory agencies to engage with key stakeholders in timely discussion on public policy relating to technology.

22nd May 2014, MK Gallery, Milton Keynes
MK Gallery collaborated with The Fred Roche Foundation to host this event as part of the Future City Debate series. This talk addressed how we prepare for growth in the future, and support a diverse and prosperous local economy that embraces enterprise and forward thinking ideas.

21st May 2014, Margaret Powell House, Milton Keynes
MK:Smart Citizen Lab delivered an event for residents who are interested in shaping the future of transport, energy and water use in MK. Attendees listened to stimulating talks from guest speakers about some innovative community initiatives, and then voiced their opinions.

ODI Futures – Show me the future of: the built environment and open data

19th May 2014, Nottingham University, Nottingham
This research afternoon brought together academics, innovators and businesses to share research and development. In an era of rapid urbanisation we are witnessing increasing demand for additional housing, infrastructure, transport and green spaces. The session posed questions regarding how open data can help tackle these challenges and how it is already being used by innovative businesses.

30th April 2014, Margaret Powell House, Milton Keynes
Groups and individuals with a particular interest in shaping the future of transport in MK attended this MK:Smart Citizen Lab event. The ideas workshop drew out issues around how we travel around Milton Keynes, with a particular focus on the redways network.

29th April 2014, Grand Connaught Rooms, London
This conference looked at the move of Smart Cities into the mainstream, as we see governments commit finance and policy to smart city development, deployments of smart city protocols and operating platforms and acceptance of smart technologies as the norm in transport, energy, development, assisted living and security in cities.

29th April 2014, The Open University, Milton Keynes
Charter Day was celebrated at the OU’s campusl to commemorate The Open University’s Royal Charter being granted in April 1969. The day included presentations, awards and an exhibition at Walton Hall. 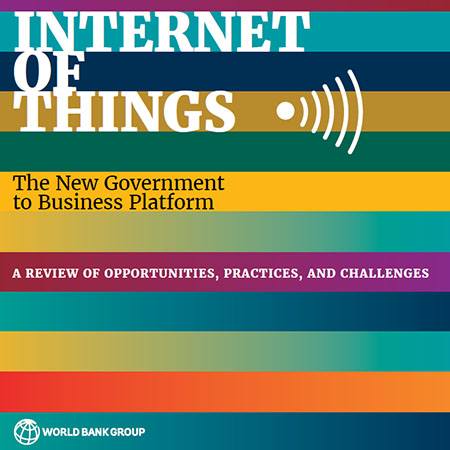 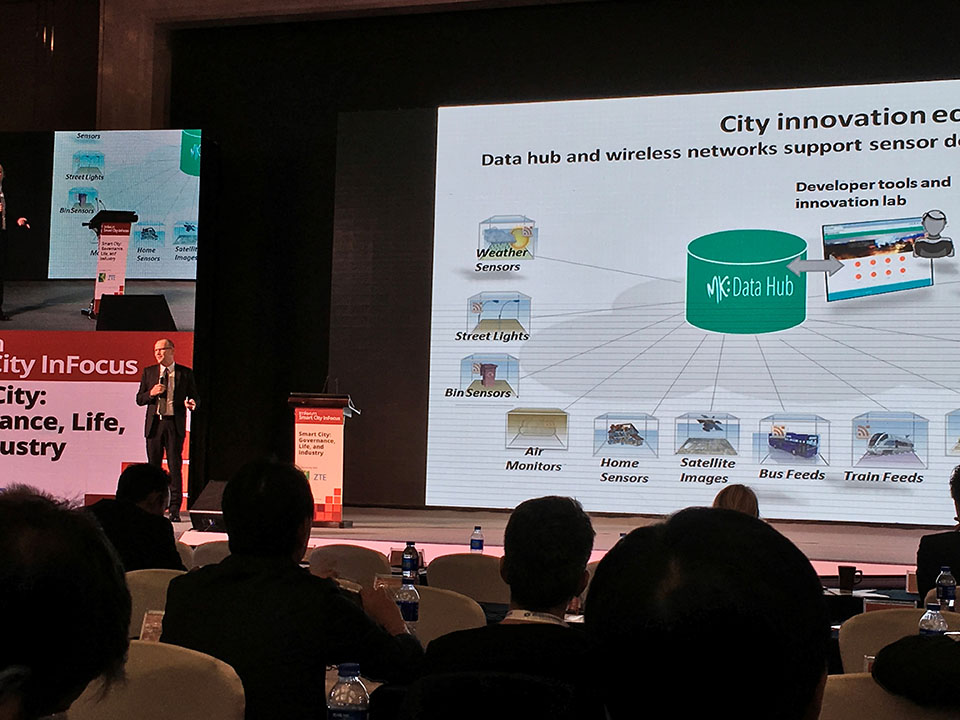 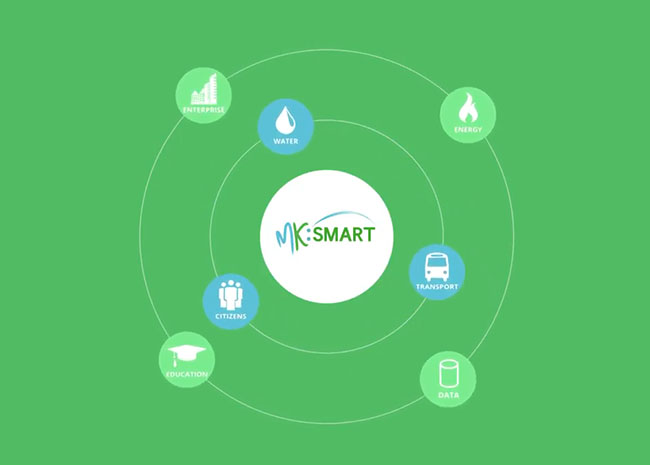