Paul Sant attended ‘Designing the Future’ – one of the ‘Imagine Festival’ events hosted by the Transport Systems Catapult during June 2014. It was a great opportunity to share ideas about transport solutions and look into the future of travel in MK. 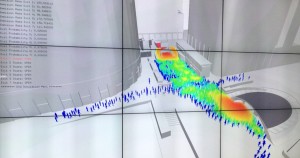 The Transport Systems Catapult (TSC) are hosting the Imagine Festival from 9 – 19 June to mark the launch of their Imovation Centre, located at the heart of Milton Keynes. The event showcased a range of futuristic technologies and included talks by technical experts. One of the highlights for Paul was the presentation by Coventry-based RDM Group, who will provide the autonomous pods as part of the LUTZ (Low Carbon Urban Transport Zone) project.

“I was excited to see the many exciting technologies that are being used in order to build smart cities of the future. There are clear linkages between the work the Transport Systems Catapult are doing, and the transport element of the MK:Smart project,” said Paul Sant, Associate Dean of University Campus Milton Keynes (UCMK), who is leading MK:Smart’s business engagement activities.

Other technologies on show were:

We will be following the Imagine Festival (#imaginefestival2014) with interest and look forward to engaging with the TSC over the next few years over our respective innovative demonstrations to realise direct economic benefits for Milton Keynes.