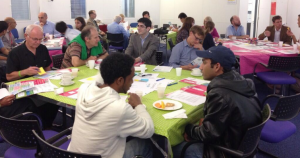 Thirty imaginative participants from across Milton Keynes came up with insightful ideas for tackling energy consumption issues in MK. The ideas generated all shared the same purpose – to help take the strain off the city’s infrastructure which has to cope with our fast-growing population. This event, held at The Open University, was the third in a series of community workshops as part of the MK:Smart Citizen Lab.

The lively local attendees produced a host of energy reduction and management ideas to be considered by the Energy workstream of the central MK:Smart project. Participants with different interests and backgrounds broke out into four groups to discuss energy education, incentives, renewable energy solutions and technology used to control domestic energy use. 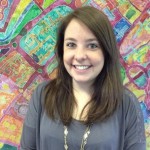 The workshop began with an introduction to MK:Smart, followed by an informative presentation on a local community energy initiative. Rebecca Brown, from Community Action: MK ,whet everyone’s appetite for collaborative energy schemes by presenting the Tinkers Bridge Energy Project, which is currently running with Woughton Community Council and Western Power Distribution, to encourage residents of Tinkers Bridge to reduce their energy use and potentially win a community fund prize of up to £5,000.

A highlight of the evening’s discussions was the creation of a promising project idea involving an energy loyalty card which would reward users for reducing their power consumption. The ‘Digital Card’ reward scheme would allow homes to monitor their domestic power use and would introduce a competitive element, allowing residents to compare their energy use with their neighbours. 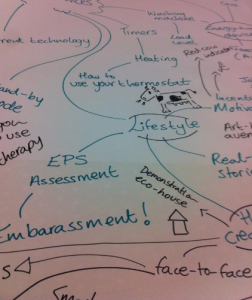 Another encouraging idea arose from discussion around renewable energy solutions – a collaborative website or app that would allow residents to meet like-minded people in terms of energy reduction, and provide easy steps towards starting a local wind or solar energy initiative.

Community attendees ranged in energy knowledge from the tech-savvy who were generating their own power through solar panels and selling back to grid, to those who would simply appreciate more support understanding their energy bills and improving their efficiency. When it came to the theme of education, promoting energy knowledge and personal responsibility among citizens was central to the debate.

Ideas from the session will be considered for feasibility and fed into the Energy workstream of the MK:Smart project. The next theme to be tackled by the community will be water usage.

Join the discussion on 18 July by registering for ‘Exploring Sustainable Water Use’ part of MK:Smart Citizen Lab.

For more information on the series of workshops and how to get involved in the MK:Smart Citizen Lab contact: lizzie@communityactionmk.org