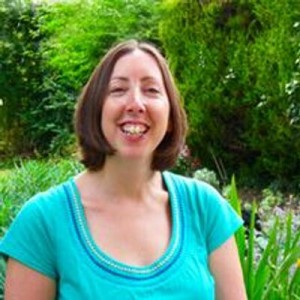 Lorraine Hudson works on our Education work stream. She is a lecturer in Environmental Sciences at The Open University and a Smart Cities and Sustainability Consultant with five years’ experience in Smart Cities.

What area of MK:Smart do you work on?

I’m working on the Education element of MK:Smart and writing a Smart Cities MOOC (Massive Open Online Course). These free courses are up to eight weeks long.

The MOOC will be an introduction to Smart Cities. It will explore the role that ICT (Information Communication Technologies) can play in addressing city challenges and opportunities. There might be issues like climate change, transport or economic development. It will look at what Smart Cities are, as well as sustainable and future cities and different approaches to developing them. Around the world today we see Smart Cities that vary in approach. Some are led by city government, some are business technology solutions, and in other places we have citizens getting involved and co-designing and piloting solutions through living labs.

The MOOC will be open to anybody, so we’re designing it for people who are new to Smart Cities, as well as those who already have some knowledge.  There is a lot about Smart Cities in the media, so we think it will be popular and would appeal to the general public, existing students, local authorities, business communities, or community organisations.

What have been your highlights from the project so far?

I joined the project in August, and I also teach Environmental Sciences for The Open University. I’ve been working on Smart Cities for about five years. Up until the end of May this year I was running the Bristol Smart City programme, which has given me a good background for working on the course. So far I’ve been researching the content of the course and that’s been really interesting. Having worked in Smart Cities for quite a while, it’s good to be able to stop and have a look at what else is going on in cities around the world. There are lots of interesting case studies that we can bring to the course.

As far as highlights from the project so far, I attended the last MK:Smart plenary meeting, which included partners from across the project. It’s very interesting to meet the range of partners involved. And what I’ve enjoyed so far is finding out about what the partners’ aspirations are and what different project activities they are working on.

How does Milton Keynes differ from Bristol in terms of Smart City potential?

They are different. Milton Keynes is a new town and Bristol is quite historic, but they do face similar challenges in terms of rapidly rising population, growth in the economy and  resource issues associated with this – things like energy and water demand, waste production or transport issues.

It was interesting at the MK:Smart plenary meeting to realise there are lots of similarities between the challenges both cities face in implementing smart city initiatives. I think that is probably true of many European cities.

What work goes into preparing the Smart Cities MOOC?

I have been doing a number of things. I was looking at what other MOOCs and courses cover in terms of Smart Cities. There is no existing Smart City MOOC, but there were some that cover particular technology aspects of Smart Cities. In our MOOC we hope to bring out  the wider aspects. Technology is one of the aspects of Smart Cities, but really  it is just the enabler. We want students to learn about all aspects including leadership and governance, the different stakeholders involved and business models.

I’ve also been looking at what is best practice in terms of delivering this type of course. I probably set out with an aspiration to cover a lot more in the MOOC than we actually can in the timeframe.  It will  be an introduction, so we need to think carefully about what we want to communicate, and how we want to do that. This is particularly true when we consider the people that are new to the subject, but also recognising that MOOCs, because they get very large audiences, may have fifty thousand students who can be based all around the globe. You have to think about how you communicate to people in different parts of the world, and those at different stages in their education.

Who do you work with on MK:Smart?

I’m part of Professor Gerd Kortuem’s team at The Open University, he’s leading the Education element of MK:Smart. There are two strands in addition to the MOOC: the schools strand, which is led by Annika Wolff, and the professional development element, run by a company called Fronesys. I’m working with both to see how the MOOC can complement their work.

What should we expect from the Education element of MK:Smart over the next couple of months?

I’ve produced an outline of the MOOC including the learning outcomes, that’s what we want the students to have learned by the end of the course. We’re also running a workshop for MK:Smart partners in November. It’s an opportunity for us to share that with them and to get their ideas on how they can contribute towards the MOOC. The course will tell the story of MK:Smart and include case studies on some of the partners, as well as wider Smart Cities case studies.

We hope to have interactive elements such as quizzes and online discussion forums, maybe opportunities for students to develop proposals that are then peer reviewed by other students online. There may also be opportunities to share data, so we would like to use the MOOC as an experiment in itself to crowdsource information from people around the world about their views on Smart Cities and what is happening in their community.

I think it’s a very exciting model that fits well with Smart Cities. Cities are all about people, and understanding what people think are the challenges in their cities is critical, and how ICT can help tackle those challenges, and what different approaches can be taken.

Do you have any predictions about the future of Smart Cities?

There’s a lot in the media about Smart Cities and a lot of cities are just starting out on the journey. In my opinion, there isn’t a true Smart City yet and it’s not clearly defined what one is. There are lots of cities with pilot projects and ideas, but there’s a lot of work to be done. I think it’s equally about activity from city government and large business as it is about communities and small companies. Over the next few years we’ll see a lot more around citizen engagement in Smart Cities bringing together the top down policy-led smart cities, with the bottom up innovation. I think that community engagement is going to be a very important thing for Smart Cities and I hope that through this course we can present a good overview of the Smart Cities agenda, but also crowdsource people’s views and opinions on the subject as well. It will be excellent to understand what people around the world are thinking about Smart Cities.