The smart city project was featured in a video from the government’s UK Trade and Investment (UKTI) department. 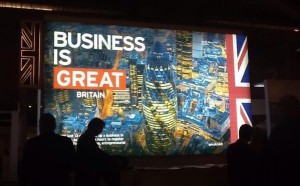 UKTI presented a stand at the Smart City Expo in Barcelona in November this year to showcase British excellence, which included a significant presence from Milton Keynes. Since the event, UKTI have released a video in which the Council’s, Geoff Snelson describes the city’s smart city activities, such as the MK Data Hub, autonomous vehicles and MK’s city-wide Internet of Things project. Watch here.

“Milton Keynes is an interesting Smart City because we’re delivering some major projects at city-scale, and they all work very well together.”
Geoff Snelson, Director of Strategy, Milton Keynes Council