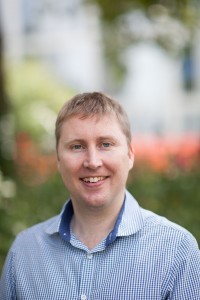 Working with a group of four students taking part in a business, technology and innovation school (which reaches across Europe and beyond), Paul Sant set an innovation challenge around the link between increased congestion in Milton Keynes and air pollution across the city.

On the 30th June the leader of the Enterprise workstream of MK:Smart visited the students at UCL and discussed the brief (which included the design of a tech-based solution that could be used by residents of Milton Keynes).

Over the following ten days, Paul worked with the team to discuss their concepts and ideas, which culminated with the proposal to gamify the issue of traffic congestion and pollution into a mobile phone app designed for school children in MK.

The final design was presented by the team of four students at a ‘pitch’ which took place at UCL on Friday 10th July. The plan is to take the initial concept and work this into a marketable and commercialised solution that will make use of the data held within the MK Data Hub, combined with additional open data sets.