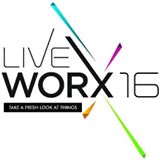 Liveworx 16 is billed as the Premier IoT business event, with over 5000 delegates attending the event at the Boston MA Conference centre.  MK:Smart were invited to tell the story of how a modern city can be a smart one.  Alan Fletcher, Open University, was invited to be part of the panel session for global media delegates. Joined on stage by key innovators from Caterpillar, Lego, Analog.com and Aridea, the panel each  gave a brief summary of their IoT strategy, which was followed by almost an hour of questions and discussion. The group investigated the need to rethink business strategies and service models for IoT and enabled services. Autonomous vehicles were a hot topic of conversation and interest in the MK Autonomous Pods, as always, was high.

Alan also presented “Milton Keynes – how we made our city smarter” as a conference session on the 2nd day of the conference. The audience was comprised of technologists, educators, city officials and independent companies from the USA and beyond. The session explored the ability of the MK Data Hub as a platform for innovation and the application of the Thingworx platform as an enabler for innovation. MK:Smart already has a recognised presence in the global smart city domain and when polled, over 60% of the audience had already read about the project and had a sense of how Milton Keynes is a lead city. As the audience were invited to engage throughout the presentation there was good level of discussion that broadened the debate into data privacy and security as well as app development and service provision. The conference benefitted from a highly interactive exhibition space – Xtropolis. There were some excellent examples of using IoT platforms such as Vuforia and other PTC tools to rethink things as diverse as car manufacturing and education.