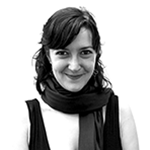 What are you researching right now?

My aim is to explore how robots could interact with a smart city. It’s a brand new area of research for the MK:Smart project.

The idea is to see how robots could help make our city smarter as roaming data gathers. For example, rather than having ten thousand sensors in an area, you could have just one robot that would go around and gather the information you need, on demand.

This sounds like an exciting area of research. Do you know what other smart cities are doing with robot interaction?

I’m planning to do a full survey on the use of robots in smart cities, but from my investigations so far I’m surprised by how little I’ve uncovered.

The one we’re testing right now is like a tiny version of a digital, automatic vacuum cleaner, with some sensors and a small computing unit on it. Some of the companies that build automatic vacuum cleaners also provide an open-source interface (basically, a small program) to control the hoover behaviour and read its sensors from your laptop. For example we can move it, order it to sense information—such as temperature, people in a room—talk, or even sing!

We’ve been testing our robot in the Knowledge Media Institute building as a simple scenario. For example, we’ve been testing things like temperature, WiFi signal strength and how many people are in each room in various areas of the building. The next step will be to see how a robot could act in a more complex context.

What practical role might these robots have in a smart city?

There are so many potential uses, and we’re currently working through all the likely applications.

As well as replacing sensors to capture all the data already coming into the MK Data Hub, there are some obvious ways robots could benefit citizens.

For example, they’d be useful in measuring crowd flow or assisting people in big events, for example at the Milton Keynes Bowl or in the shopping centre. They could also support emergencies and health and safety, such as checking rooms are unoccupied during an evacuation procedure.

And imagine you if you could track cyclist or car movements. If the tracker reports a strange behaviour—say the cyclist had an accident, or the road is too bumpy—your robot could move there to see what’s going on. It seems far-fetched right now, but these things will happen one day.

A simpler scenario is one where robots assist elderly people with their shopping, carrying theirs bags or helping them to find what they’re looking for.

Could these robots be airborne? Would you consider using drones?

There are rules about flying drones! They need to be in an approved and controlled area, below a certain height and within eyesight at all times. It’s a nice idea, but difficult in practice at the moment.