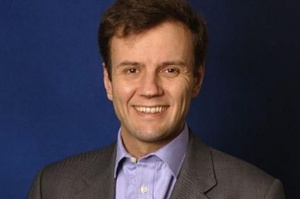 “As recently as 20 years ago, the term smart cities would not have registered with most people, myself included,” said the Rt Hon Greg Hands while addressing the All-Party Parliamentary Group’s New Year reception on 1 February.

“It would have been incredulous to think of city where every person could access real time information on where there was a free parking space; a city where refuse collectors known exactly when your recycling bins are full… the pace of change has been astonishing. This is all happening right now!”

Presenting technology as an opportunity to enhance economic development, sustainability and quality of life for people in urban spaces, Hands reinforced the Government’s commitment to ensuring that British business leads the way in making the cities of the UK and the world smarter.

One way to ensure this, he said, is to build on the UK’s domestic capability. And it was while on this topic that Hands hailed both Bristol and Milton Keynes as leaders in the field.

“Bristol and Milton Keynes are internationally recognised as leaders in smart city technology,” said Hands. “They are making use of sensors to monitor air pollution levels, energy usage, water consumption, and living patterns at home to detect early signs of illness.

“These examples are testament to the simple truth that open data requires and open mind. We must continue to see technology as a key that unlocks the potential of our cities, making them more responsive to their inhabitants.”

Hands went on to highlight the opportunities overseas for the UK’s exportable capabilities. Here, he said, the possibilities are endless—British firms are already thriving abroad—but Government and industry need to collaborate more closely if the UK is to continue to lead the world in smart city capability.

He concluded: “We should be bold in our thinking and use our already enviable capability in this area to make the world’s cities more sustainable, responsive and smart… It is an exciting challenge and one that the UK is more than ready to accept.”

The Rt Hon Greg Hands was speaking at the New Year reception for the All-Party Parliamentary Group (APPG) on Smart Cities at the House of Commons on 1 February 2017. You can read the full speech here.